9,000
The Star Base is the main building of the player's planet and colonies.

Upgrading the Star Base unlocks more upgrades for both buildings and units, as well as increasing the capacity of building more of the already-unlocked buildings. When being attacked, it gives the attacker huge amount of

minerals and War Points, making it the most important building to protect. Once destroyed, it gives the attacked player an colony shield for 6 hours.

The player is allowed to have only one per base, and isn't able to recycle it. In the Strategic View, it is displayed as a big blue square with a white outlined square inside; in the middle is a dark blue house silhouette with a white star behind it and another dark blue circle behind the star.

Destroying a Star Base has a chance to drop one or more of the following:

Upgrading the building from level 8 to level 9 does not unlock anything new except level 10 turrets, but increases it's health. 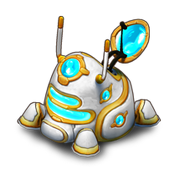 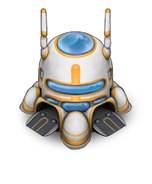 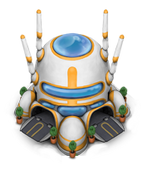 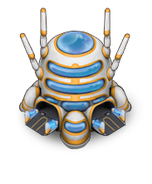 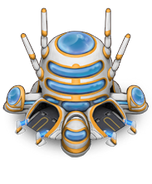 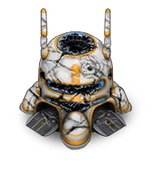 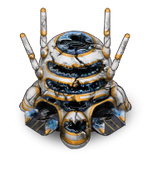 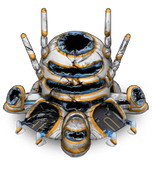 Half-destroyed beta Star Base level 3.
Add a photo to this gallery
Retrieved from "https://galaxylife.fandom.com/wiki/Star_Base?oldid=43591"
Community content is available under CC-BY-SA unless otherwise noted.