The Skeleton is one of the 5 event units exclusive to the Halloween Event, it is among the weakest of all 5 units

Skeletons were introduced in the 2012 Halloween Event as one of the 4 new units added at the time. They are used like Marines: Their power alone is incredibly weak but they pose a threat once they come in hordes. This unit's special trait is swarming and bunker scouting, they attack defenses and they can be bought as part of the Horror Pack in the Premium Shop for

1 when the event is active.

Unlike Zombies, Sniper Towers and Freeze Turrets have a harder time dealing with them due to their sheer quantity. However if there are no surrounding buildings for the turrets then they can get easily overwhelmed and destroyed if there is a Skeleton hoard targeting them, so be sure to have proper protection for the turrets. Bunkers filled with Colossi and Falcons will shred away Skeletons easily The game recommends the use of Arcane Seals for Skeletons and Zombies, so place them around your defences to protect them better.

Skeletons should be thought of as Marines, so they should be deployed as a horde when a base doesn't have the defences stated above, be wary of Traps too, not forgetting the Explosive Pumpkin exclusive to this event. 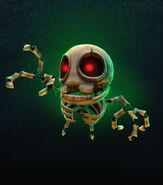 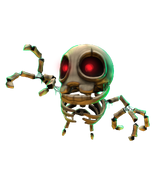 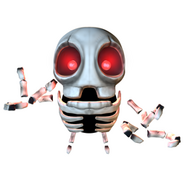