The S-Trike is the first vehicle unit from the Factory and the fastest of all of them.

The S-Trike’s movement speed is almost on par with the movement speed of Falcons. It’s attack tactic is to “get inside and go ape-style.” Once it is deployed, it will weave around bases, firing at anything it passes. Because of these two factors, S-Trikes are the most Mortar-resistant unit. When Mortars fire, the S-Trike it was targeting will have already moved out of range of the Mortar bomb. After that, it’s all luck whether or not the Mortar bomb hits anything. Cannon Blasts function similarly to Mortars, so S-Trikes will also be able to dodge their bombs, to a lesser degree, however (Cannon Blast bombs move faster). Turrets target Mechanized units, making S-Trikes a candidate to distract units. Bunkers filled with fast units (Falcons), targeting units (Bazookas, Colossus', and even Wasps) or Air Units will quickly get rid of S-Trikes. Sniper Towers and Laser Towers will also quickly take out S-Trikes. Upgrading S-Trikes to level 4 upwards will give massive health and damage increases, but also huge price increases.

Note: S-Trikes fire two shots at a building per pass, which lets it deal double damage to all buildings. 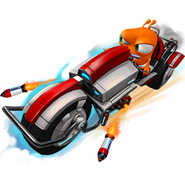 A new Wallpaper of the S-Trike 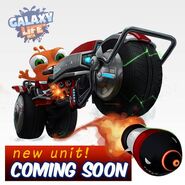