Rival Battles was released in the update 0.75.6. It enables you to fight against other Starling chiefs forTemplate:GalaxyChip. There are three tiers, each having a different cost to play and payout.  The three tiers may change due to testing. The first time playing is free.

Once Galaxy Life has found you a competitor, you will have one chance to destroy his planet. While you're attacking, your competitor will also be attacking you.

Both players are given seven minutes (the time of a standard attack) to destroy the other base. Just like a normal battle, if you run out of troops, or the time runs out, the attack will end. The battle will also end if everything is destroyed.  Once the battle has ended, Galaxy Life will look at two things to see the competitor.

Rival Battles is only available to players who are level 10+.

When participating in Rival Battles, both attack and defense are important. Make sure you've stocked your bunkers before attacking!

Rival Battles still has some problems. There has been reports from people saying that they lost all of their coins and minerals when an error message popped up in the middle of an attack. If an error message (f.e. Starcoffee error) appears, don't panic.  Just wait for the game to reconnect; most of the time, you will be put back into the game, unless there is no internet connection. 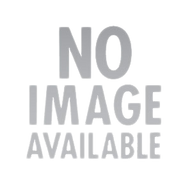 replace
Add a photo to this gallery

Retrieved from "https://galaxylife.fandom.com/wiki/Rival_Battles?oldid=41699"
Community content is available under CC-BY-SA unless otherwise noted.