Marines are the first units you have and use in Galaxy Life and you don't need to activate them.

♠They are Infantry Version Of Wasp.

To see detailed info of how to unlock each level, visit Troop Level Unlocks
on Laboratory's Page.

A Level 3 Marine in Training Camp 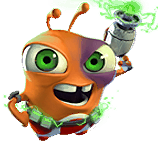 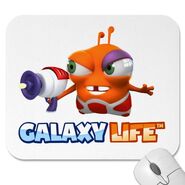 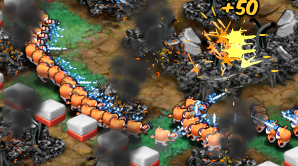 A Swarm of marines attacking a building 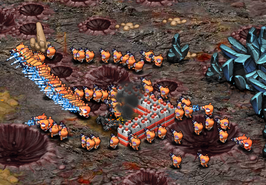 Another swarm of marines attacking Sparragon 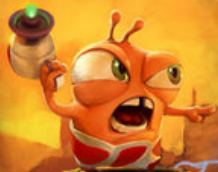 Retrieved from "https://galaxylife.fandom.com/wiki/Marine?oldid=40677"
Community content is available under CC-BY-SA unless otherwise noted.