Major Wor (A.K.A General Wor) is a Starling war general. He gives you missions throughout the game. He is also the character representing all attacks you make on other planets. He will also deliver you your battle stats. The first mission he gives you is the Save The Starlings! missions chain. 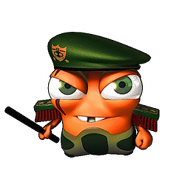 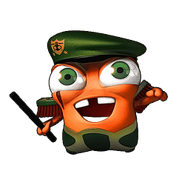 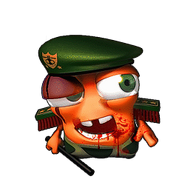 General Wor when defeated with purple blood (Pocket Adventures Only)
Add a photo to this gallery
Retrieved from "https://galaxylife.fandom.com/wiki/Major_Wor?oldid=40629"
Community content is available under CC-BY-SA unless otherwise noted.