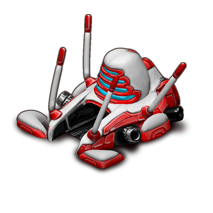 To see detailed info on how to unlock each level, and the total amount of buildings per Base level visit: Building Level Unlocks on Star Base's Page.

• Click on the Thumbnails to see detailed info of each Unit.
• To know how to unlock further levels, visit Troop Level unlocks at Laboratory's Page.

View of the Units when clicking on Factory

Factory 3D model
Add a photo to this gallery

Retrieved from "https://galaxylife.fandom.com/wiki/Factory?oldid=40735"
Community content is available under CC-BY-SA unless otherwise noted.