Banker is the first Gold Starling to have existed. It has been shown off multiple times in Galaxy Life's prerelease days but never made it into the game. Yet, it survived in the game's data. It's thought to be an NPC for the Bank Building, although it was probably scrapped due to the fact most NPCs aren't associated with Buildings. 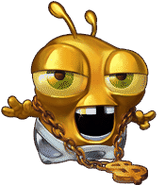 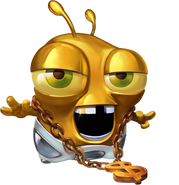 BankerHD
Add a photo to this gallery
Retrieved from "https://galaxylife.fandom.com/wiki/Banker?oldid=43258"
Community content is available under CC-BY-SA unless otherwise noted.