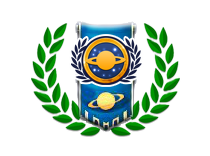 Part of the fun in Galaxy Life is joining and participating in an Alliance. An Alliance is a group of players that unite together against opposing Alliances in Alliance Wars. This also requires the user to be Level 15 or higher to create/join an alliance.  Being part of an Alliance enables you to;

This means that other alliance members can also choose to;

To find out how an Alliance progresses in Levels check out the Alliance Level Progression.

To create/found an Alliance you will need

20 Galaxy Chips and to be at least level 15. Invite your friends to be members and recruit more!

To join an Alliance, search for the desired Alliance in the Leader Board menu, and click the "Ask to Join" button. Then you must wait some time until you find out if you are accepted. Remember that you can only belong to one Alliance at any one time.

The General is the leader of the Alliance, is the only member that cannot be "Kicked Out" (except if he's inactive).

The Captains are the second in command.

The Private is the lowest rank.

To be the best Alliance of all ages, fighting is not enough; you also have to win! Wars last for at least 15 hours, in which case the War is over if one Alliance has earned War Points and the opponent has none. Otherwise it will be extended to 3 days maximum, or until an Alliance Wins by KO.

Your Alliance can also Win by KO if you have won a much larger number of Warpoints than your opponent. To Win more Wars, try winning by a KO so you can start another War more quickly! You also win by KO if after 15 hours of the War, your opponents have no Warpoints, but you have at least one.

The rewards a player earns are based on their own war points, not the total war points of the alliance. If a player leaves their alliance, war points and wins they've collected are no longer counted towards rewards. A player does not have to be present for an alliance's wins to use their wins to get medals; they can join an alliance that already has wins and use it to claim medals.

There are also 3 decorations that can be claimed from war points and alliance wins: the Merit of Conflict, the Stele of Triumph, and the Memorial of the Warlord.

His name is Counselor Mobius, Supreme Chancellor. He will be there to help you whenever it is needed. He has all the knowledge about Alliances, is the Alliance know-it-all. He is the go-to guy if you ever have a question about how Alliances work. He will help you get started, and will be around to help you along the way if you ever get stuck.